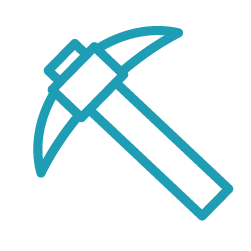 Beverly was once a coal mining town overlooking the beautiful North Saskatchewan River. The beginning of the twentieth century saw the railway bring homesteader’s and entrepreneurs who built the town of Beverly along with its three coal mines. Today, Beverly retains its small town origins, community spirit, along with much of its historic heritage.

The Beverly Business Association (BBA) was incorporated in September 1995 under the authority of the Municipal Government Act of Alberta, (MGA) and The City of Edmonton representing approximately 135 business members on 118th Avenue between 30th and 50st street.

We are located in northeast Edmonton, and overlook the North Saskatchewan River valley.

Our goal is to revitalize the Olde Towne Beverly business district, featuring its small town atmosphere and historic roots, market it to strengthen existing businesses and attract new businesses, shoppers and tourists.

Beverly was once a major coal producing town that was incorporated by the City of Edmonton in 1961. There are many links to the old town of Beverly today, from a park at the site of the Beverly Mine to buildings and neighbourhoods named for prominent residents of the old community. Mine markers are erected at the site of the 3 former coal mines.

The Beverly Business Association actively hosts many events each year, including a weekly summer Farmers Market, a pancake breakfast and an annual Remembrance Day Parade and Service at Alberta’s oldest Cenotaph, located at 40 Street and 118 Ave.